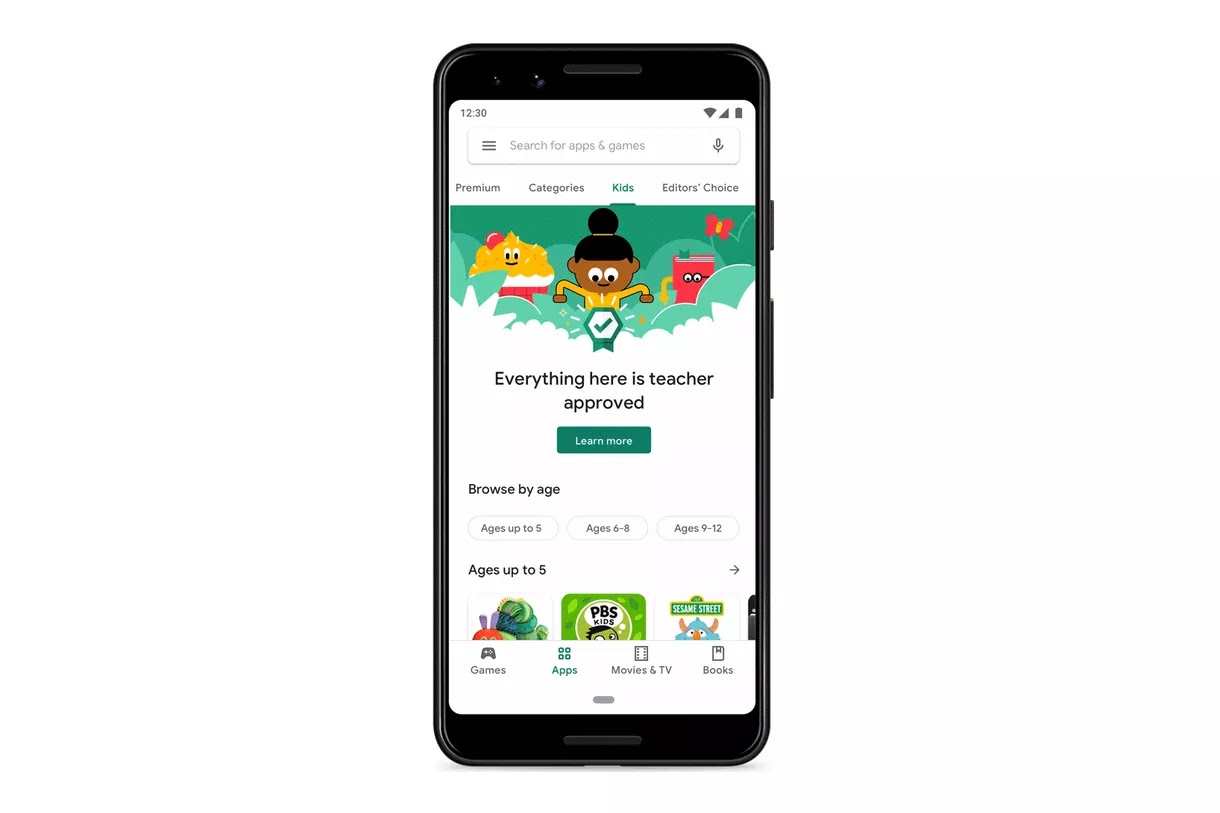 Google is launching a new Kids section for the Google Play Store, which will offer a selection of so-called “Teacher Approved” apps. The search giant says these are apps that meet its quality standards and are highly rated by teachers. Each approved app includes a list of reasons why teachers like it, including age-appropriateness, and what it’s trying to teach children.

According to Google, it had originally planned to launch the new section later this year, but it brought the launch forward since so many children are now spending so much of their time at home in front of screens. The reason for this is, of course, the COVID-19 pandemic, which has forced schools to temporarily close around the world, shifting much of the responsibility onto parents. Google says that this early launch means that the section will launch with some apps missing but that it’s working to review more “as quickly as possible.”

The new Kids section is rolling out over the next few days in the US, and Google expects to launch it internationally in the coming months.